The language agitation helped a socio political consciousness among all Oriya peoples in the 19th century. So to speak, the role of Christian missionaries was no less spectacular in this respect.

Because although they tried for proselytisation but indirectly played a vital role as the pioneers of westernization. The Baptist missionaries were the pioneers in establishing the modern press in Orissa.4In fact it was a blessing for Orissa in a disguise. Because the Christian missionaries used vernacular language for their medium of propagation as an upshot. The establishment of press and publication of vernacular journal became possible.

The post-famine period of Orissa was blessed a rapid progress in the sphere of press and journalism. In the year of 1866 A.D. the Cuttack printing company was established, which was a decisive step in this direction. Besides noted literary genius Byaskabi  Fakirmohan Senapati, the father of modern Oriya prose established a press at Balasore in 1868 A.D.  Thereafter assorted Oriya journals came into existence. “Utakal Dipika” was the first among the journals published in 4th August 1866 A.D. by Gauri Sankar Ray, the pioneer of journalism in modern Orissa. Gouri Sankar took the initiative in establishing the Cuttack printing press. Gauri Sankar continued to edit the weekly journal “Utkal Dipika” till his death in 1917. The journal survived till 1936 the longest period for any journal established in the 19th century. The monthly journal Bodhadayini and Balasore Sambad Vahika by Fakirmohan Senapati. Being prompted by them so many Odia journals and periodicals like Utkal Patra, Utkal Darpan, Odisha Patriot, Sambalpur Hiteisini etc. were also published.5

Mean time Karma Vira Gourishankar Ray, Utkal Gourava Madhusudan Das, Choudhury Kasinath Das, Bhudeva Mukharji, Baikunthanatha Dey and many other patriots unfurled the banner of discordance against the proposed plan of introducing Bengali language as the medium of instruction in the schools and courts of Odisha.7

Fortunately at this juncture two prominent English officers T.E. Ravenshaw, the Commissioner of Odisha Division and John Beams, the collector of Balasore supported the cause of Odia  language.8 For which, the than lieutenant Governor of Bengal decided in November 1869, that Odia language should be the medium of instruction in all primary schools, in addition Odia would be taught as optional subject in the Zilla school and High School at Cuttack.

Having encouraged at the above declaration the Odia people of Ganjam vehemently opposed the introduction of Telugu in all government offices. In September 1870, a meeting was arranged at Russel Konda9, which gave an clarion call to all Odias to carry on movement for the unification of Odia speaking  areas under one umbrella.

At the same time the Sambalpur Hiteisini of Pandit Nalimani Vidyaratna from Bamunda played conspicuous role in arousing consciousness among Sambalpuri people. For which the people of Sambalpur opposed the introduction of Hindi language in the Primary Schools and Government  Offices at Sambalpur. 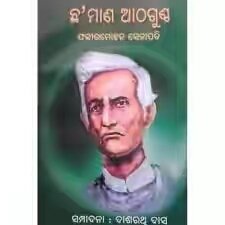 The Madrass session of Indian National Congress was held in the year of 1902 A.D. in which Madhu Babu and Gouri Shankar Ray put forth a proposal for the creation of a separate province of Odisha on the linguistic basis. But very unfortunately the Indian National Congress paid a deaf ear to the above demand. Madhubabu caught away all relations from the congress, thereafter he influenced the than Viceroy Lord Curzon and brought him on a visit to Odisha.

Lord Curzon was deeply impressed by Odia culture and realized the justification for the creation of a separate Odishan Province. His leniencey towards Odisha was a reflected in the circular of Herbert Risley. Sambalpur, Kalahandi, Sonepur, Bamanda were detached from Mandhya Pradesh, Bonei and Gangapur from Chotnagpur and merged in to Odisha division.12This was the first successful step for the creation of a separate province of Odisha on the gravamen of language.