Odisha is proud of having her wealth in the form of tribal people because of its vast tribal population and their rich cultural heritage. The culture of Odisha owes its origin to tribal oriented customs and traditions. 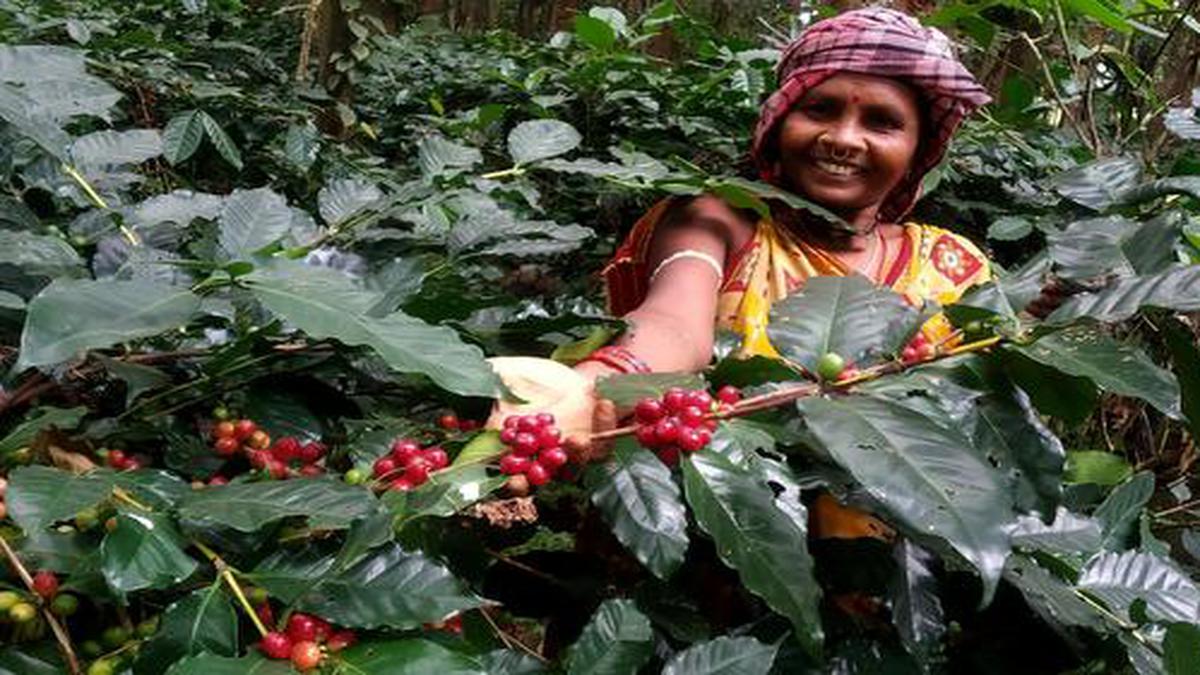 The early name of Odra, Kalinga, Kangoda, Kosala and Utkal, which formed the modern state of Odisha, were named after the tribes in the hoary past. All through ages the tribes played important role for the socio-economic and cultural progress of the state. The tribes mostly inhabit in the south-western and northern hilly regions of the state mainly in close proximity to forest. More than 50% of Odisha’s tribal population is found in the undivided Koraput, Sundargarh, Fulbani and Mayurbhanj districts.

The prominent tribes of Koraput district are the Khonds, the Savaras, the Koyas, the Gadabas and the Parajas. The tribes have their distinct culture and customs. They are simple innocent and very shy in nature.

The soil found in this district is mostly red, mixed red and yellow, alluvial and red and black. The soils are acidic in nature and poor in fertility. The higher altitude areas of Koraput receive comparatively higher rainfall than the lower altitude. The tribes in the district maintained their livelihood on cultivation, forest collection, horticulture, animal husbandry, wage employment, trade and commerce and cottage and household industry.

In spite of the primitiveness of shifting cultivation the system has continued till today and is not going to die down in near future. Hence, it is necessary to find out the causes which sustain it so long.

(i)                           Large scale alienation of land from the tribal’s to the non-tribals made the former more secure in the uplands as the exploiters can not intrude this inconvenient pieces of land on the hill slops.

(ii)                        The scarcity of lands in plains in relations to demand and their high prices put them beyond the tribal’s reach. It is also difficult for them for investing large funds on bullocks, fertilizers, labour charges and other agricultural implements required for settled cultivation. On the other hand with the ashes of natural vegetation as manure and their own hard labour, they need to spend only a little for seeds in the system of shifting cultivation.

(iii)                     Besides Podu cultivation (the local terminology of the system) needs only a few simple implements like hoe, digging stick and axe all of which can be manufactured by the cultivators themselves excepting the iron part, which are provided to them by the local black smith in exchange of a small amount of their produce.

(iv)                      The primitive tribal generally inhabiting on the hill tops and slopes fond the available land on the slopes in close proximity to them for exploitation. Their contact with the outside world being minimal, they also suffer from ignorance of the alternative means of gainful employment that may be available to them. Their life style of cultivation as is the shifting cultivation.

(v)                        Shifting cultivation provides work to all members of a tribal family. The able bodies, children the women folk and the old members of the family participate in the operation. Plough cultivation in wet or dry lands involves clear division of labour which does not fit in with the traditional style of life and work of these people.

(vi)                      The tribal’s usually follow mixed cropping in Podu lands for meeting with their different food requirement. This offers many advantages. Mixed cropping minimize the risk of complete crop failures due to vagaries of monsoon insect and pest attacks, which are common in a primitive environment. The age old practice utilizes the soil moisture in different layers of the soil profile in divergent root system of different crops and help recouping soil fertility by plantation of leguminous crops. Thus the upland where the practice is generally confined is less prone to drought than the lower plain lands.

In this system cultivators can produce their family requirements of food, cereals, vegetable, oilseeds, pulses and a few other crops. Thus the system is in consonance with the primitive concept of tribal self sufficiency in which they have traditional preferences.

The shifting cultivation is not only one of the oldest practices of human race but also the main source of income of the tribes like the Khonds, the Savaras, the Koyas, the Gadabas and the Parajas in the Koraput district. The shifting cultivation is otherwise known as Swidden Cultivation. It is also called as Podu or Gudia or Donger chas by the Kondhas and Koyas, Bagoda by the Saoras, Livang or Kunda Chas by the Bondas, Lankapadsend by the Koyas.

It is also called as Soura Chass by theKutia Kandhas and Haru by the Dangoria Kandhas. Although the shifting cultivation is called by different tribes in different names but it is mainly known as Podu Chass. This system is brought to the lime light by H.G. Turner, the then special Assistant of the British Government as early in 1872.

The shifting cultivation constitutes a distinct type of agriculture. It is practiced on a large scale by the inhabitants of Koraput district. It is a system like cutting of trees on tops and slope of hills, burning the fallow trees and bushes and lastly dibbling or broadcasting seeds in the ash covered soil. The land is cultivated for two to three years till its fertility is exhausted. Then the land is abandoned and a new patch of forest land is brought under cultivation. The cultivation is thus shifted from one patch to another after every few years.

After being cultivated for two or three years the Podu land is left fallow for a number of years to regain its fertility. In the intervals the cultivator cultivates other plots or hill slops. Afterwards, the Podu cultivator returns to the original plot of land. Thus the fallowing period is mainly dependent upon the density of population of a particular area availability of suitable hill slopes, composition of the soil and capacity of the same to recoup its fertility through natural processes.

It is therefore defined as an agricultural system which depends on the rotation of fields rather than crops. But with the change of time and growth of population the fallow period has been reduced from 8 to 12 years to 4 to 6 years in 1973 and further has been decreased to 2 to 3 years as per 1996 survey.

There are certain essential features of shifting cultivation. These are ownership of land, selection of sites, crops grown, cropping pattern, watching the crop, performance of rites etc.

In Northern Odisha it is the property of all the villagers. But in southern Odisha it is owned by each and every individual. Each householder owns a number of sites. It is also used for selling and mortgaging to one another. Regarding the ownership of land there is no legal title. It is accepted only by the common usage and practice.

The local communities in Koraput work with hoe or Muttock in the soil. They sow the seeds before the monsoon. The seeds are being sown during the month of April and May. The Dongoria Kondhas sow the seeds of Ragi, Suan, Arka, the Koyas sow the seeds of pulses, oil seeds, bean and the Bondas sow millets in the Swidden.

The women are not allowed to take part in the jungle clearing work. But they work with the male member in certain works such as cutting the shrubs, liting fire, leveling ash and tilling the plots with the hoe, broadcasting the seeds, weeding the grasses and harvesting the crops.

In the shifting cultivation crop raising is a difficult task. Because pests, diseases, birds such as parrots, wild cocks, peacocks and animals such as rats, wild bears, rabbits, wild cats, monkeys are the enemies of the crops. They use to destroy the crops both during the day and night. Therefore to protect the crops from these enemies the cultivations construct temporary watch huts or houses either on the ground or on high platform(on the tree). They also blow Ahkum(Horn made bugles) as well as beat drums to drive away the birds and animals from the crop fields.

The cultivators perform different rites for selecting the shifting land and clearing it, sowing seeds and harvesting crops. These are the common practices among the local people. “Suma gelirack”, “Giag-gige” and “Bihan Puja” are some of the important rites to be performed. While “Suma Gelirack” and “Gia-gige” are prevalent in the “Bonda Society” the “Bihan Puja” is practised by the “Dongaria Kondhas”.

For the performance of these rites an auspicious date is fixed and the villagers participated in this ritual. The priest, the Jani, the Shaman and the Hejuni mix together all the seeds to be sown and consecrate these before Dharani Penu, the Earth Goddess. The ritual continues all through the Night. Early next morning the Jani distributes the seeds to all the villagers.

At appropriate time when the crops are ready for harvesting, the people along with their family members use to go to their respective shifting cultivation sites and camp there till their harvesting is over. Different crops are harvested at different times during the period from October to April of every year.

The tribals should be completely engaged as settled cultivators. Continuous and sincere efforts should be made by the Govt. for the development of soil conservation and improve the shifting cultivation on scientific methods.